No creature can live for one minute or less without air. The body of humans, animals and birds are all created to depend on oxygen as a source of life. The matter is getting worse every day, and humans do not care about it, ignoring that they are killing each other by causing air pollution. Therefore, this research shows the causes of Qatar air pollution, effects to the ecosystem and the role of the preventive role of the government to have a better environment.

There are many causes for air pollution and knowing these causes would help people and countries to solve the problem. The first cause for air pollution is the factories and their emissions. Many factories do not use any air purification systems. This makes all the bad emissions of Co2 and smokes get to the air that the creatures breathe and cause them many illnesses.
The second cause is the cars and their emissions, which come from the cars. The more the country has cars, the more it has air pollution. In the past, there were not any cars in Qatar and this made people enjoy breathing clean air and being health without any diseases. Nowadays, few people prefer to walk and this make them take cars and as an effect, car factories increased their production.

Air pollution has a dangerous effect on the Qatari ecosystem. Qatar has many birds like pigeon, hawks and eagles. That is to say, the Qatari environment is very rich. Air pollution causes these birds to die or leave their homes to live in other regions as an effect. Other kinds of them bear many diseases because of air pollution and these diseases can be transferred to humans having a negative effect on their health. If the birds in Qatar have died, many other creature would follow.
In the Qatari desert, birds like eagles and hawks depend on snakes as a food. When these birds die because of air pollution, snakes would increase and hence rabbits and rats would decrease and this is a negative ecosystem effect. This decrease in rats would increase the insects in the environment and thus many other diseases would be added. Air pollution also kills the plants causing a catastrophe to them. Truly, air pollution increases the rate of CO2 the plants get from the cars’ emissions.
Studying the process of photosynthesis in the plants would show that all plants get carbon dioxide from the air and produces oxygen. When the pollution increases in the air, plants absorb carbon dioxide carrying many other harmful emissions. This creates a state of disorder at the plants and kills them. As abn effect, the rate of the produced oxygen from the plants decreases and a possible perdition of all other creatures would happen. All animals also in Qatar or in any other country depend on air for breathing exactly like humans.

The Qatari government does its best in order to preserve the quality of air in Qatar. The authorities impose a strong control over all the factories and the cars engines. Doha, which is the twelfth country in pollution, started to apply a purification system at the factories in order to make them not to pollute air. The oil factories were forced to apply governmental and international standard rules for keeping the air clean. For the emissions of the cars, Qatar has turned to a periodical check up on all the cars in the country to make sure that they do not pollute the air. In reality all, these measurements were fruitful and they decreased the air pollution in Qatar and therefore the respiratory illnesses.

To sum up, breathing is the secret of life and the proof on that is when a human dies, the first thing that doctors do to make sure that he has died is seeing if he still breathes or not. The responsibility of keeping air clean lies on the shoulders of humans. Air pollution is the biggest cause of creatures’ deaths all over the world. The countries that have the rates of air pollution are the countries that have the highest rates of human and animals deaths as well. Air, food and water are the reasons for life, so they should be clean and healthy. 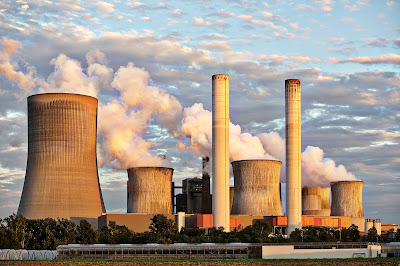