The term Gothic dates to the Goths. These people are tribe, which is barbaric. They were dominant in many regions of Europe namely the west and center. They held power therein. They came to power after the collapse of the empire of Romans. This period was from middle of the twelfth century until the end of the fifteenth century. The Gothic architecture was prominent in this period and used for many religious purposes. People in the Renaissance era did not appreciate the Gothic art and they described the gothic art as a barbaric and unintelligible art. On the other hand, the Romantic era in the 19th century highly appreciated the art and considered it as a creative art compared to the Romanesque art and they saw it stylistic, well detailed, and has a new special style. In fact, many people sees the Gothic art as an innovative reconstruction of the Romanesque art and not a new art. Unlike the Romanesque era, the Gothic era used the pointed arch instead of the rigid round arch. 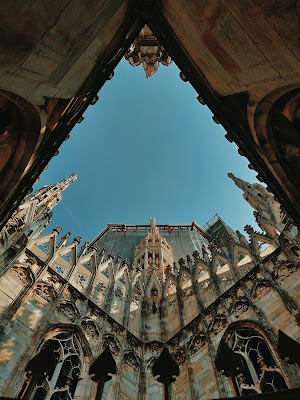 1- Climate Change:
Firstly, the change in climate has affected and determined the kind of the architecture in the Gothic period. In the north of Europe, the rays of sun were slanting and vertical, so there were things like pinnacles and buttresses, while in the south like Italy, the sun rays were horizontal and this affected the style of the Italian Gothic. The climate also determined the arcades, doors and windows sizes as the north was suffering from snowfalls. The Roman and the Romanesque landmarks were all replaced by the Gothic architecture. The north of Alps was changed and new buildings with religious architecture has been constructed in Italy. In Europe and before the Gothic era, the churches has represented spiritual centers, but during the Gothic era, it has gained architectural dimension. This can be shown in the rebuilding of the Flemish towns of Brussels, Ghent, Berne and Burges show.
2- People Culture:
It is a fact that the culture of the people affects the architecture. on the artistic level, the master mason was a real architect who designs everything, then make the needed materials and finally performs them. From the drawing up, the mason plans for the building as whole and the execution of every detail. These masons were responsible for making forms or templates that are transferred to dressed stones. So making plans affects the architecture work and makes it professional.
3- Historical Traditions & Economy:
Economy and the historical traditions determine the architecture features. The art of the monastic Cistercian masonry, which was in the Gothic architecture depended on simplicity and lack of ornament, as the religious solemnity should not be neglected. Apostolic simplicity, austerity, poverty, abstinence, and religious zeal were all landmarks of the monastic life. From the architecture of the Franciscans, one can expect that there was poverty, spread of sermons, lack of architecture ornament and policy of economy and simplicity. In their architecture, no bell towers were built and the windows were not decorated with scenes or images. Historically, separation was the prominent feature in this period and this affected the architecture.
4- Place Geography:
The geography of the place is another main factor that affected the Gothic architecture. The countries of west Europe once were all under the dominance of Rome’s civilization. By the beginning of the Gothic age, each nation has been separated and had its special architectural style of method. France, Italy, Germany, Spain and the U.K. were representing the prominent styles of the Gothic era and they were affected by its architecture and added something to it as well. Truly, geography affected the Gothic architecture and helped in shaping the many cities development and their architecture. Starting from the 12th century, many town has been built. The architecture of the Gothic era affected the development of the medieval towns. Geographical features has the upper hand either in renewing a city or establishing a new one. The geography determines the materials that would be used in the architecture of churches, homes, palaces, castles, hospitals, universities and schools.
5- Topography:
Topography is also a main factor in determining the architecture shape. Berne town is a good example of the relation between topography and architecture. The city is on a hill surrounded by Aare River from three sides and it represent the best Gothic town because of its topography and Gothic architecture. The town also has no roads leading up to its towering bulk amazes the visitor of the city after passing through the narrow streets.
6- Geology:
Geology of the land had a big impact on the architectural style and the structural system of the buildings. According the geology of each country, specific materials were used in this country. In Italy for example, the marbles were used, while in Germany, the bricks were used. In France and England, stones, which are coarse-grained, were used. Hence, the geology of the country plays an important role in the used materials.
7- New Discovered Materials:
Discovering new materials affects architecture, however the Gothic architecture reinterpreted the old existent materials. In this age, the windows of the churches were used to deliver message from the other world besides telling about the lives of the saints. All the scared stories were translated into paintings by the Gothic painters. In 1350, painters started to draw a free space around their figures for two reasons. Firstly, to give their figures a three dimension shape. Secondly, to give the figures a free space to move in. All drawings, sculptures and even architectures, which were used in the churches in the Gothic era to give a spiritual feeling to people and to tell a story behind it.

1- High Grand Buildings:
Firstly, the Gothic architecture is characterized with the high and grand buildings, using many flying buttresses, using the pointed arches and making the ceilings vaulted. They are used in the same size beside each other or upwards in the minimum space. The first church, which combined pointed arches, flying buttresses, lattices and rib vaulting all together, is abbey church of St. Denis. Afterwards, few innovations have been made like the state of Noyon Church whose walls are enriched with tri-forium. Therefore, the religion has a prominent role in architecture especially in the Gothic Age. Change of materials and inventing new technology had a role in the architecture. When the materials are changed, new creations and shapes can be made. For example, the Gothic era was known for forming buttress, flying buttress and rib vaults depending on the weight of the used stone. When typology appeared as a new method of interpretation, the religious books like the Old Testament and the New Testament were elaborated. As a result, the content of the disposition of certain figures on the windows and the doorways was determined in the Gothic period. 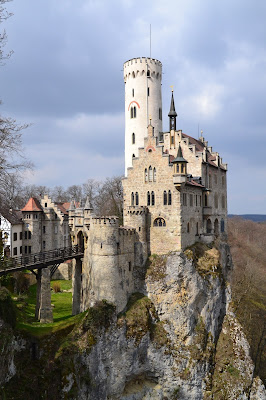 2- Mirroring Society:
Secondly, the society is mirrored in the Gothic architecture. When an art is transferred from a place to a place, it might be misunderstood. For example, when the Gothic art is transferred from France the country of origin to Italy it was drastically altered from spatial conception to decorative two-dimensional patterns. From the architecture one sees, he can know the features and characteristics like poverty, richness, advancement, backwardness and scientific progress of any society at any period. Knowing the features of the society is not an easy thing, but it is very important. Therefore, through the Gothic architectural landmarks one could discover how the society was in this period.
3- Showing Some Religious Beliefs:
Thirdly, the religious beliefs and the social culture are all embodied in the Gothic architecture. The Gothic era is considered the peak of the middle ages Christian art. It embodied the Christian beliefs into real drawings and sculptures and this is shown in the interiors of the French churches. This made the age famous for the design of churches and religious related architectures in artistic inspiration and intellectual contemplation. The early Gothic art started in the shape of monumental sculpture at the cathedrals’ walls and this shows that the religious beliefs has a great effect of architecture. Religion affects the number of buildings, style, function and plan. The importance of religion affects the style and function of the buildings. For example the Le Mans Cathedral is a real example of spatial layers arranged in tiers round choir.
4- Showing Social Conditions:
Fourthly, the social conditions are reflected in architecture. Throughout the third phase of the Gothic era, which was from 1250 to 1300, the style of the Gothic Cathedrals gained a foothold and it became obligatory in all Europe that any cathedral should be built according to the Gothic style of architecture. This shows that if people and society agreed upon anything, it would widespread and become prominent to the limit that people think that it is obligatory. There were many countries under the feudal system like Britain and France so they tended more to the domestic architecture.

The Flying Buttresses as a Building Feature:

Through tracing the evolution of the Gothic architecture, it would be discovered that many stylistic changes has happened in the Gothic era starting the Early Gothic to the Late Gothic. The idea of façade was prominent in this age. One can see this in three main examples; the abbey church in the 12th century, the north transept of Notre-Dame in Paris in the 13th century and La Trinite in Vendome in the 15th century. The Gothic architecture was affected by many factors like the religion, climate change, culture, economy, traditions, geography, topography, geology and discovering new materials. The Gothic architecture was the natural renaissance of the architecture in the Romanesque period. Adding features to the architecture like grand tall designs, using flying buttresses, using pointed arches and using vaulted ceilings was amazing. 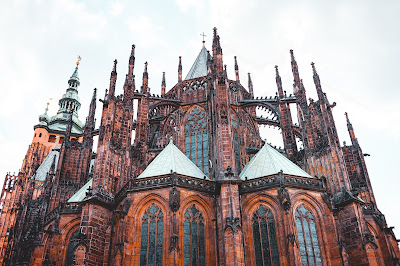