How Does Music Affect Memory?

How Does Music Affect Memory?

“Music is that state of electrical soil in which the spirit tend to live, thinks and invents”, said Ludwig van Beethoven. It is known for us all how greatly music affects the feelings of humans and cherish the moods. It also higher energy levels. Without even thinking of it, we use music to create a desired moods which make us enjoy our movement, pace and happiness. It also energize to bring back powerful memories. It also helps us to relax and concentrate more on learning and memorizing. Music is powerful a perfect and powerful took for our compassionate expression without our daily lives. It helps to set the scene for many impressive experiences.

The Power of Music:

Music empowers humans with impressive feeling that usually turns a bad mood into a better soulful and productive personality. The power of music usually affect the part of memory which is intriguing. Mozart’s music of the 60 beats per minute pattern usually activate both sides of the brain; left and right. The simultaneous right and left brain action accelerates the learning and retention of information. This kind of information is what is important to activate the left brain while the music activates the right part of the brain. In addition, it activates which help to connect both sides of the brain in the same sequence. For instance, playing an instrument or singing can make the brain more capable of processing information (Lucas, 2014). According to Center for New Discoveries in learning, entitlements of learning potential can determine the minimum of five times by using the 60 beats per minute pattern. Some examples come from ancient Greeks where they sang their ballads because they knew how music could be effective to remember things easily.

Dr. George Lozanov, a renowned Bulgarian psychologist, created a way to teach foreign languages in the fraction of normal learning time. Through his system, learners of his students could come up with achieving one half of the vocabulary and phases (almost 1000 words and phrases) for the whole school term. Along with his technique, the average retention rate became 92% among his students. The Doctor’s system created certain amusement of learning through classical music pieces that came from the baroque period which have been circulated around the 60 beats per minute pattern. His technique proved high technicality and profitability in terms of learning and achieve high level of memorizing between students with efficiency rate of 85-100% in the first thirty days using these baroque pieces. The students’ recall accuracy rates were almost 100% after four years of not reviewing the materials.

The Mozart Effect and its Role in Learning and Memorizing:

One of the main contributions that led to improvement of spatial reasoning is the Mozart effect. It is the study where scientists made a discovery that listening to Mozart’s music helps humans to increase their intelligence. Studies showed an increased rates of spatial temporal reasoning which tell us why teaching music classes is crucially important in our schools. The part of our brain that help kids to see spatial patterns (O'Donnell, 1999). Generally speaking, it is easy for a child to notice the pattern. When he/she does, it is only a short of time till it triggers the mind to allow it to think back of these patterns. The skills of recalling helps in functioning the brain (O'Donnell, 1999). The kids start to pay attention to these patterns throughout the day if they sing or play with instruments or listen to music. The result is an increased ability which is contributed to spatial reasoning. Thus, resulted in astonishing results and thanks to the Mozart effect. That effect of Mozart’s music does not only alleviate the human intelligence but it also changes the mood in a better and productive one.
Music affects the brain to extend emotional self-satisfaction. It helps to increase the amount of Dopamine generated into our brains which is caused by listening to his music. It is also clear enough that listening to Mozart at least for 30 minutes is quite enough to make you feel happy as much as a single dose of valium. Pleasure centers, i.e. nucleus acumens, is studied in the way that mentioned how much dopamine singles interfere with response to drugs of cocaine and amphetamine. Music has the exact same effect on pleasure centers. It is worth mentioning that researches made in this particular field showed positive results of increased happiness and intelligence if you gave yourself time to listen to Mozart’s symphonies (Lucas, 2014).

There are common memory problems that face people living today. One of these illnesses is Alzheimer. There are other forms of illness like dementia and stroke. The music that makes your foot tap, fingers snap, and fasters your pulse usually stirs the brain at fundamental levels. It also gives a bright future in the horizon that one day scientists could use music to cure patients of the above mentioned illnesses. It is being said that one day scientists might be able to retune damaged mins by the use of rhythms, melody and harmony. Music can be sufficient to simulate regions of the brain that is in charge of memory, timing, language, and motor control. Surprisingly, music works like charm in making our minds feeling better. Underactive parts of the brain can respond to some sorts of music. Classical music has proven to be effective in this field. Yet it is too early to master the use of music in curing mental illnesses. Brains could be retrained to avoid and cure itself (Levischram, 2013).
Music could be seen a retooling method to the brain afflicted with different emotional disorders in the same sequence with neurological diseases. One of the most astonishing things in this regards is the use of music by Gabrielle Gifford to help her to talk again. According to news coming from Arizona, Gifford’s was a congress lady who has a gunshot to the head which caused catastrophic brain injuries. Hence, music has proven, at least theoretically, its importance to restore some parts of the brain to work again. Music accesses deeper paths between neurons. It is really true and I can tell myself that I feel happier the more I listen to music. Excellent forms of music can lead to better and peaceful lives for many of us. Moreover, music is quite helpful to make new connections of speech. It can fight against speech loss. This method helped Gifford to regain her lost speech skills. Same goes with stroke victims as it is known as the Kenny Rogers Effect (Levischram, 2013).

No one can deny the importance, power and charm of music. It plays a great role in making many students around the world come to understand and learn more proactively. It is worth trying some methods of studying through music. Refer to your school music teacher to give you some insight about the importance of music. Moreover, to lead you to the way of using music promptly and properly to achieve high learning rates and skills of memorizing. Music is more common in schools of the west and no wonder they can show impressive skills. Yet you also can do the same. Listen to music.
Works Cited
Levischram. (2013, Feb). how music effects the brain. Retrieved from teenink.com: http://www.teenink.com/opinion/movies_music_tv/article/558066/how-music-effects-the-brain/
Lucas, C. (2014). Boost Memory and Learning with Music. Retrieved from Education.com: http://www.pbs.org/parents/education/music-arts/boost-memory-and-learning-with-music/
O'Donnell, L. (1999). Music and the Brain. Retrieved from cerebromente.org.br: http://www.cerebromente.org.br/n15/mente/musica.html 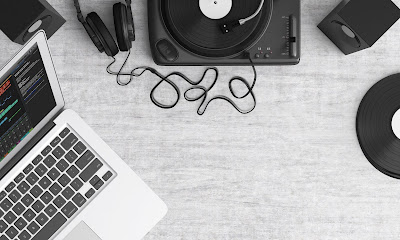