Is Circumcision Good or Bad?

Is Circumcision Good or Bad?

Female circumcision is known as female genital mutilation or female genital cutting. It is highly surged in Sudan as many studies and statistics are made in Sudan to observe the high areas that witness this kind of surgery by the unprofessional people who make it. The results declare that 89% of married women have undergone some form of genital mutilation and the high areas that contains these form of surgeries are in Darfur Region where about 65% of women have made these harmful surgery and 99% in the Northern Region.

According to the people’s beliefs towards the female circumcision, they thought that it helps in increasing the rate of pleasant during and after married for the girls as it is healthier for their bodies and increases as well as accelerating the opportunities of pregnancy. Moreover, lot of areas in Sudan, people believes that female circumcision promotes premarital chastity among girls and women as they regard the girl or the woman who uncircumcised are viewed as impure and thus unmarriageable. This belief is also forced Sudanese women and girls to accept the reality of being circumcised to fit the view of their community and to avoid rumors (Islam and Mosleh Uddin, 2001).

Circumcision mutilation have many types that ended with the most harmful type, which has the name of infibulation and appears in the removal of all of the external genitalia of the girl. It causes many harmful effects to the girl as it leaves a small opening for the flow of urine and menstrual blood. The second type of the circumcision has a less harmful effect on the girls as it names clitoris and during this kind it removed a long with part of the labia minora. However, the least type of circumcision and the most prevalent one is clitoridectomy in this type it removes the tip of the prepuce without excision of part of the clitoris.
According to Sudanese, they rename each type with a specific name, as the first type is known as Sunna while the second type is known as Matwasat and the third type is known as Pharaonic. Pharaonic circumcision is the most famous and widespread type in the area of Shendi with 96% and Haj-Yousif with 69%. Sunna circumcision occupies the second rate in Juba with 3% and 28% (Islam and Mosleh Uddin, 2001).
Additionally, the major kind of women who support circumcision are Muslim uneducated women as they believe that Islam commands them to do circumcision for girls as they do for boys as a kind of purification.

Statistics and Arguments about Circumcision:

The twentieth century witnesses a great reformation in the Sudanese laws regarding women’s rights. These rights are also included her right in accepting the circumcision or not as in the previous days the girl was forced to have such a horrible circumcision by the hands of unprofessional midwives and with unsterilized equipment. This crime is also treated in some places in Sudan while others still practice cutting part of their girls’ bodies to achieve purification and to reserve their girl’s image in the Sudanese society (Fluehr-Lobban, 2013). However, some terms in the Sudanese law forbids the practices of the Female Genital Mutilation as it hurts the girl physically and emotionally. Moreover, the Islamic elders' guarantees that there is no mentioning of the female circumcision in Quran and Islam does not command Muslims to practice such a horrible crime towards girls as Allah know the harmful effect of such a surgery on the girls (Ali, 2012).

Circumcision and Laws in Sudan:

Furthermore, the Sudanese law rises the awareness of people towards the danger of circumcision and the major hazard of making this surgery by the hands of unprofessional midwives and with unsterilized equipment that may lead the girls to death. The Sudanese government took the results of the previous studies to know the reasons behind the high percentages of people who supported the female circumcision. As the government found that the low rate of education and awareness are the main reasons from the circumcision. For that, the reformation of the Sudanese law includes rising the rate of education among women and the Islamic awareness as Sudanese women back their knowledge of circumcision to Quran and Islam, which is a horrible wrong information.
Moreover, Sudanese government encouraged the specialized doctors in this field to inform women and people who support circumcision about the danger of this operation to girls as it affected them physically and emotionally in a harmful way. Despite, these efforts, there are still a large number of people who still support female circumcision and practice it upon their girls. Additionally, it still practices upon girls in a forcible way and without her opinion for doing it or not.

Female circumcision is the most dangerous attitude that is practiced towards girls in the whole world. However, the countries, which witness the low rate in education and awareness, are the main spots where ideas like female circumcision is prevalent. Sudan is one of the main countries that practices female circumcision under the belief of purification and reservation of the girls' chastity. In response to that, reformations in the Sudanese law are made to repair the bad ideas in the Sudanese minds and to help Sudanese girls from death due to the wrong ways of circumcision by the hands of unprofessional midwives and with unsterilized equipment. The role of the Islamic elders should be significant in such a dangerous matter to convince women that Islam is innocent from their claims that it commands them to do this crime for their girls. 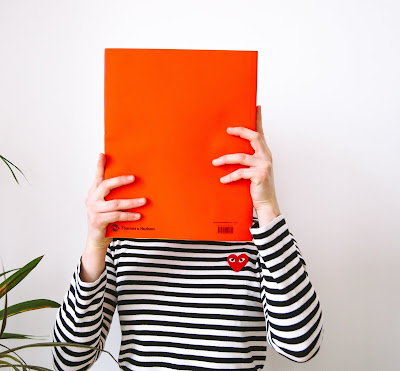