The philosophical ideas and notions of Immanuel Kant are created from his previous events in his life from his childhood to his last phase of his life. The religion events that happened when he was young shaped his belief about religion and its relation with morals and ethics. As he believed in Christianity, he refused the idea that religious doctrine could provide a foundation for morality. He elaborated that the principals of morality must be created and founded by purely rational grounds. In addition to that, Kant was a student of the new science of Newton and a deeply committed Pietist. This scientific background is the creator of his philosophical ideas and notions. Kant set out his ideas and notions about the concept of morality in a book called Groundwork of the Metaphysic of Morals, and he introduced this book as an introduction to his theory. Then, he published another longer book which is called Critique of Practical Reason, yet the first book seize the attention of the readers more that the longer one.

Kant’s major motivation regarded his philosophy was to offer an absolutely solid proof of the validity of that moral principle which he considered the foundation of all ethics. He also known this principle with the Categorical Imperative. Moreover, the permanent search of people for a solid concept for moral is the motivation aspect that led to search for a proper answer for such a question.

Many arguments were offered in an echo for the philosophy of Kant about morality as an aspect of ethics. For Plato and Aurelius, ethics concentrated on definition, analysis, search for, and achievement of the concept of a good life. The concept of good life does not mean that a person is living a happy life through eating, drinking, and enjoying the pleasure of the life, yet it means that the life is one of virtue, of service, of honor and dignity that it is a life in which there is goodness. In addition to that, many philosophers such as Confucius and Karl Marx argued that the true happy life is the virtuous life that is full of happiness.

Kant’s main problem is that he insisted that the truth must be universal and lying could not be regarded as moral under any circumstances. This means, if a person is in a situation that required from him not to say the Absolut truth in order to save someone else, this regards according to Kant is immoral and does not lay under the concept of morality which is related to ethics. Another problem is the variation in moral codes from person to person and from group to group as well as from culture to culture. This variation makes a great confusion between what is actually right and what is actually wrong. This means that a person may Accustomed to some traditions that may be vanished when he encounters another people with different traditions and morals.

Kant did not only want to set a foundation for morality and ethics that people should follow it but he also wanted to help in understanding the sold definition for moral as an aspect of ethics. Through his studying he realized a major conflict between scientific explanation of natural events, which highlighted the humans subordination to reasonable laws and the moral supposition that made humans free to choose their own actions, and became morally responsible for what they do. 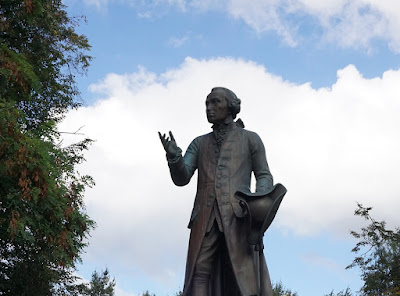