The ideas of Kant about philosophy and all his notions were created from all the previous events that passed in his life since his childhood and until the last times of Kant's life. The religious events and beliefs that occurred before him in addition to the relationship between ethics and morals that was around him. He was a Christian but he did not accept the idea of religious doctrine to present a foundation for any of ethical aspects.
Descartes stated that the mortality principals should be based on rational grounds. He argued that all people could see the right and the wrong things in the same way and this made him say that the feelings of any human are not important because the consciousness of actions is more important. He told that a part of the mind called categorical imperative is responsible for this thing.

The motivation of Kant was offering an absolute solid proof for the moral principle validity because it is the base of any of the ethics. He also followed the principle of Categorical Imperative. Another motivation was the endeavor of people towards a search for a suitable answer for all the questions related to the morals of the solid concept. The main motivation was the duty because people always seek towards their private happiness through actions while their actions cannot be necessarily right just because they cause the happiness.

There were many arguments in the Kantian philosophy in regard to mortality as a field of ethics. The philosophy of Aurelius and Plato was focused on the definitions then the analysis, investigating and accomplishment of good life concepts. Having a good life is not only limited to drinking, eating and enjoying living but it means that individual has virtue, honor, and service in addition to dignity. It means that the good life is summarized in the goodness of the person. On the other hand, some philosophers such as Karl Marx and Confucius argued also that having a virtuous life means that having a completely happy life.

The Main Problem in Philosophy

The main problems of Kant were summarized that he stated that truth is always right and that lying would not be right or moral under any circumstances. He stated that one should tell the absolute truth even that he shall be harmed or he shall harm anyone else in order not to be immoral. He regarded lying as an immoral issue all the time and in any situation. Another problem is that the right and the wrong things differ according to individuals, people groups, and cultures. This means that what seems right in a place could be wrong in another place and vice versa according to morals and traditions in addition to the self-persuasion of the person.

To sum up, Kant did not seek towards an ethical and moral foundation for people to follow but wanted to promote an understanding of the moral solid definition. The study of Kant enabled him to differentiate between the natural events and the scientific explanation through which the human has become subordinate to the moral supposition and the reasonable laws. This made people free to select their actions to be responsible for them morally. 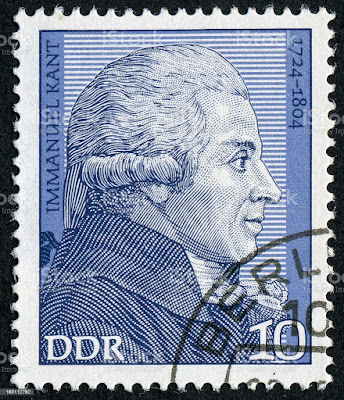