Positive and Negative Effects of Globalization

Positive and Negative Effects of Globalization

In the past, all there was not any cooperation between countries. Each country was separated from the other and globalization was a strange idiom to the world. After the invention of many things like the internet and the cell phones in addition to the establishment of many international organizations, the world has become like a small village. Globalization means the openness to the world in all fields like education, medical sector, investing and all other fields of life. Globalization is an inclusive term that helps in improving the equality of life and raising the standard of living. According to Al-Rodhand “Globalization involves economic integration and cultural stability”. In fact, globalization has impacted the Gulf countries economically, culturally and educationally.

Oil in the Gulf & Globalization:

Recently, the Gulf countries have developed their economies. “The past decades have witnessed an increasing integration of the GCC economies in the world economy” (Al-Youssif). There are many reasons behind this economic globalization. The domestic production rate of the Gulf countries shows that they depend more on oil exportation. This exportation is a kind of globalization as all countries need this oil in order to make the machines, cars, factories and planes work.
In addition to that, these countries do not have rivers and they depend on the water of wells. The agriculture of the Gulf countries is weak because of the lack of water, so they depend on importing food like vegetables and fruits from the near countries. Moreover, the Gulf countries are considered the biggest importer of cars in the world because of the high level of standard of living.

In the culture level, globalization had a great impact on the Gulf region. The Gulf countries have many expatriates and they import workers from all over the world. These comers have a cultural impact on the life of the national citizens. The traditions of the Gulf people have changes and they have become more open. When the Gulf citizens started to see that many men and women travel to the Gulf countries to work, they have started to change their opinions regarding women work and education. The Gulf women began to be a real and core participant in the work market gaining many professional experiences and enhancing their skills. The globalization of the economies of the Gulf has also increased access to markets and motivated many women to start their own business and expand their entrepreneurial activities (Al Dabbagh).
Many women started to work in governmental jobs and the other started to have their own businesses. This globalization has changes the shape of the Gulf countries which had many restrictions on women in the past. For the children, the interaction and coexistence with foreigners from early years had a big influence on their ideologies and method of thinking. Children became more cultured and this increased understanding between them and their expatriate peers. Cultural globalization has also affected the method of clothing of the Gulf people. Many of the Gulf men started to wear suits instead of the national clothes. The thoughts of the children regarding clothes have also changes and they began to follow different styles of clothing. The Gulf youths’ hobbies have changes. In the past, the hobbies of the Gulf youths were camping and haunting. Recently and because of the cultural impact of globalization, the Gulf youths’ hobbies are getting to the social media websites and chatting with friends.

Educationally, globalization has changed the shape of the academic life in the region. The educational impacts of globalization in the Gulf region can be divided in interior impact and exterior impact. The interior impact is the raising of the numbers of the foreign schools and universities in the Gulf region. This is because the political well to raise the quality of education and offering variable educational opportunities. The Indian and Filipino people started to establish schools for their children and of course these schools do not ban other nationalities to join them.
There is also a real desire in the Gulf region for “Promoting human rights education as a tool to fight against intolerance, extremism and violence and a means to disseminate the principles and concepts of peace and tolerance, justice and democracy”(International Federation for Human Rights). In addition, many Gulf students began to travel abroad to international universities in order to study to find better jobs and to develop their countries. The linguistic tendencies of the Gulf people have changed and they started to get interested in learning foreign languages in order to cope with the modernism of the world. Another reason for learning foreign languages at the Gulf people is communicating with the foreign workers that work in their countries. 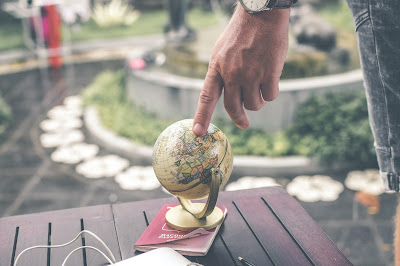