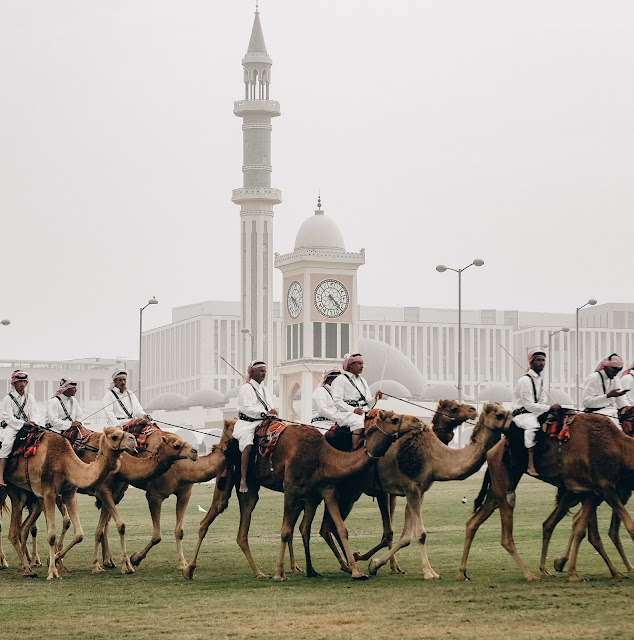 Due to the warm weather and climate besides Arabic music, arts and handicrafts, Qatar turned to become one of the main destinations for tourists hence they like to go there in order to enjoy the Arabic atmosphere as well as blending in with Arabs and their culture. What is more, the Qatari heritage turned to be the pillar and the base on which the modern society of the country is formed. The following points will include some of the cultural elements and activities in the state of Qatar:

As a matter of fact, falconry used to be practiced by rich Qataris as a hobby and it is still nowadays considered as one of the basic activities in the country. Moreover, Qataris practice this sport through using falcons in order to hunt birds. Therefore, they attach a transmitter under their tails in order to be able to follow them during hunting. Actually, this activity is really hard because it takes a lot of time to train falcons hence they need a lot of power and energy to carry preys across huge distances. Besides, good falcons are really expensive and cost a lot of money because they are usually imported from foreigners outside the state. In addition, falconry is easy for Bedouins who have spare time while it is hard for business men to find time in their busy schedule for practicing such a sport.

Surprisingly, Bedouin poetry is regarded as the source from which the majority of traditional music in the country comes. During the old times and ancient Islamic periods, the poetry used to show the standards, concepts, principals and ideals for the progress and development achieved in the field of literature and language.

As for the Arabic atmosphere and habitat especially the Bedouin one, Qataris like to take well care of their visitors and tourists who come to the country to enjoy its heritage and culture as well as visiting its lovely amazing places.

As for the pearls nowadays in the state of Qatar, it is become rare due to the discovery of oil, achievement of success and development in economy and richness because of new inventions and technological methods. Furthermore, these elements have contributed in turning the life of a lot of Qataris into a better one in addition to increasing the standards of living and levels of social classes there. However, celebrations and festivals related to the cultures of seas and oceans remind Qatari youth of their traditions and how their ancestors used to live.
On the other hand, a lot of festivals are held every year in the country like Qatar Marine Festival in order to commemorate pearl diving. In fact, this festival lasts for three days in which some contests are conducted as well as small voyages close to the shore for educational purposes. Moreover, the festival concentrates more on the culture connected to pearling such as remembering the music and performances used to be played and acted at that period.

Therefore, Qatar country has always been doing its best efforts in order to maintain this heritage and preserve the cultural elements and features there. Qatar Heritage and Culture includes falconry, poetry, Arabic atmosphere and pearl diving.
Edit This Article
Comments
Post a Comment