Summary of "Echo and Narcissus" Story

Author of "Echo and Narcissus":

Thomas Bulfinch is an American banker as well as an author, who was born in 1796 and died in 1867. He has written many famous stories like Bulfinch’s Mythology with its three volumes. Bulfinch collected the great Arthurian legends in England’s history about King Arthur as well as his Knights and wrote about them as well.

Setting of "Echo and Narcissus":

The story takes place in the wild nature, mountains, and forests full of giant trees and whispering animals, natural fountains and flowers all around.

Echo was a beautiful nymph who devoted herself to woodland sports and who had one flaw that she was too fond of talking and must have the last word. The goddess Juno was looking for her husband who was amusing himself with other nymphs, Echo talked with Juno until the nymphs escaped, when Juno figured out what Echo has done she cursed her that she couldn’t start speaking and can only reply the last words.

Echo saw the beautiful man Narcissus and loved him; she followed him while he was hunting waiting for him to say a word, she replied some of his last words and tried to embrace him but he rejected her and treated her in a mean way, she retreated to a lonely place in the wood and her body was turned into rocks but her voice remained with the habit of replying the last words.

Narcissus Refusing Any Other Love:

Narcissus rejected another woman who tried to attract him so she prayed that he would suffer the same feeling of longing and loss and her prayer was answered.

Narcissus Loves His Own Image:

Narcissus was hunting then he got tired and went to a fountain to drink when he saw his own image as a reflection in the water, he fell in love with his own image that imitated him however he moves, and when he tried to touch that image, it’s gone away, Narcissus felt the loss of his own beloved picture and lost his vigor as his desire to see his image consumed him then he fell in the fountain and drowned to death.

The nymphs were very sad for Narcissus and prepared a funeral to burn his body but they found not a body but a beautiful purple flower with white leaves which keeps the memory of Narcissus forever as it has his name.

The story is about love and loss, it simply delivers a deep meaningful message that love is not always a good choice for all people and that love can be met with rejection.

Analysis of "Echo and Narcissus" Story:

My impression about the story of "Echo and Narcissus" is that I felt sad for Echo who loved Narcissus truly but was met with rejection and abandonment, the story is a light tragedy that gives a lesson of how relationship might end. 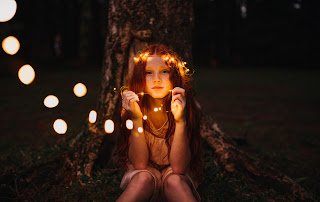