Author of "The Merchant of Venice":

William Shakespeare (1564-1616), Shakespeare is a well-known playwright and a famous poet. He also wrote a couple of comedic and light hearted plays including "A Midsummer’s Night Dream", "Hamlet", "Romeo and Juliet" and "The Merchant of Vince", which is a story that combines both love and hatred.

Setting of "The Merchant of Venice":

The Merchant of Venice’s Italian setting and marriage plot are typical of Shakespeare’s earlier comedies. Most of the events inside the play took place in either Vince or Belmont.

Characters of "The Merchant of Venice":

The merchant of Vince; He is shown as a merchant who doesn`t care about money as much as he cares for his friends. Antonio’s character is that of someone who people care about and whose wellbeing is very important for a lot of people.

Antonio`s best friend as described by Portia they are both inseparable. Bossanio is the friend Antonio tries to help by taking the loan, he is shown as a gentleman in love with a very rich heiress and thus needing money to seek her approval.

A jewfish moneylender in Venice. Shylock is shown as a merciless Jewish person who is in love with money. While shylock is the villain within the play and is shown as an inhuman monster, his only interaction with his daughter Jessica shows a very humane side of his character, that of a caring father instructing his daughter to take care of herself.

A rich heiress whose father recently died. Portia is shown as a very intelligent young lady who also doesn`t care for money, that uncaring attitude towards money is shown during the casket test in which it was revealed that she put her portrait not in the gold casket but in the lead one.

Shylock`s daughter and the Jewish character inside "The Merchant of Venice" story that doesn`t like her father or her religion. She is a young lady in love with a Christian young man, and so hating her situation she decides to convert to Christianity and elope with her young love.

Summary of "The Merchant of Venice":

Antonio, a well-known merchant in Vince, starts the play feeling sad for no apparent reason and then he is approached by his best friend Bossanio who tells him that he is in love with a rich heiress and that he wants to marry her. However to marry her he needs money. Because Antonio can`t lend him the money since he put it all in his trade, he tells him to search for someone to loan him money and he will pay for it when he gets his ships back.
Later, they both approach shylock, who is a Jewish moneylender and after some convincing he agrees to loan Bossanio the money, but only if Antonio agrees that if he can`t pay the money on time, the price he will pay will be a pound of his flesh. Enjoying his triumph, Bossanio started planning the wedding only to get a letter that his friend had lost all his ships and that the moneylender wants his pound of flesh. Once in Vince Bossanio heads to the trial where Antonio is put in front of the duke and the money lender keeps insisting on receiving his payment, they all big him mercy but shylock insists that he wants his revenge against Antonio.
Portia arrives disguised as a lawyer and after failing to convince shylock to show mercy she states that he can continue with his procedure but because the contract didn`t state anything about blood if even one drop of blood appeared, he will be trialed for endangering the life of a citizen. As a result shylock finally admits defeat and the tables get turned as he gets stripped of half his estate which is later given to his daughter’s husband and he leaves the court defeated and “not feeling well”.

Themes of "The Merchant of Venice":

Shylock is the character that represents this theme perfectly, he is shown as a person stuffed with hatred. even though the reason was not shown in the events, he himself mentions that he was mistreated a lot for being a Jewish person and that`s where his hatred come from. Even with all the characters practically begging him for mercy shylock insisted that he`d have his pound of flesh and perform his revenge on Antonio and all Christian.

"The Merchant of Venice" Analysis: 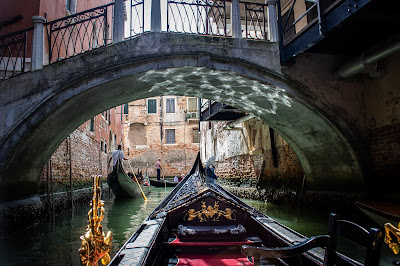