Nowadays many people are inspired by video games, especially, the latest generation of gaming consoles, as it is more powerful and personal. Games today are very realistic to a scary point. Even, Social networks have recently joined the gaming industry and are currently making online games that let the gamers play and chat at the same time. To gamers the virtual world is a very interesting world and they can spend all their time on it if they can, however, to the parents it is a very complicated and confusing world and that`s why they must learn to understand it because it`s an essential part of their children`s life. According to one study, 1 in each 10 gamers display addicting behavior to games and that causes negative impacts on their bodies and minds. Currently there are 8 major video game genres and the amount of children getting addicted to them is increasing daily.

The very first home video game system was released in 1972 and was called Odyssey at that time. Following the same design as Odyssey other systems were released like Atari which was released in 1977 and was mass produced by the manufacturer in order to reach a large number of people. Atari featured a joystick, colored games, interchangeable cartridges and switches to select games. Atari helped in turning a lot of the American youth into gamers during the time of its release.
Later in 1987, Fantasy role playing games rose to the market and their popularity was skyrocketing. Shigeru Miyamoto created the legend of Zelda, the most popular RPG game to date and SSI won the video game license for dungeons and dragons. Also, the company Sierra leisure suit Larry produced a different type of adult role playing game. In 1989, Gameboy got popular because of its good games and good game plays, ease of use and long battery life. Then later in 1995, Sony surprised the world by releasing the first PlayStation.
The first play station sold a lot thanks to its low price when released to the market and together with the Nintendo console released in 1996; Sega Saturn the popular game station at that time disappeared from the market and with the release of PS2 in 2000. PS2 became the most dominant home console in the gaming world.
Following PS2 companies started thinking about going back to PC games and In 2003 with the release of steam, players on their PC were allowed to download, play and even update games and that kept the PC gaming world alive till now. On the other hand Nintendo console maintained its popularity in the gaming world all throughout 2004 and 2006 with Nintendo Wii as it allowed players to be more active and move while playing which even made some people who were never into gaming start playing games. The popularity of home gaming console continued all the way till 2013, Sony released PS4 and X box was released into the market creating the highest ranks ever in the world. PS4 and Xbox were both identified by the whole world as consoles with better processors, better abilities and better graphics and their popularity skyrocketed since then and more versions of the same councils were released from then till now.

Action genre games tend to be violent and fast paced. They are rated from PG to R, Some of the Games are milder than the others and some contain suggestive themes. Action games are very problematic especially to children since most of the time they tend to be unsuited for them. They include games in which people fight against each other and games in which people are fighting against aliens or zombies or any mystical creature that the makers invented for the sake of the game. Some examples of action games are; Halo, Star Wars; Jedi Knight and Enter the Matrix.

Adventure genre and role-playing games Also known as RPG games, they are games that are more dependent on stories and less dependent on graphics. They usually allow characters to talk directly to the player as he or she impersonate a character inside the game. While RPG games are less intense than action games they do include a mixture of violence, fantasy and suggestive themes. Since they are not as advanced as action games RPG games tend to be more addicting to kids and the fantasy factor tends to attract a large variety of gamers. Examples of RPG games include: Star fox Adventures, Final Fantasy, Legend of Manna and Billy Hatcher.

Arcade genre games are games that people can normally find in game centers and are usually a mixture of all genres of games; they could be violent street fighter games or classic Pacman games or normal racing games. Examples of Arcade games include; Pacman, Soul Caliber2 and Frogger.

Strategy genre games most often include multiplayers and they are often played online. They usually don`t have a lot of offensive content however they tend to be hard to play as they require a certain level of intelligence in order to organize troops and build hideouts to attack the enemy. Combat in strategy games tend to be slower paced if compared to action games especially since it gives the player time to think before advancing. An example of strategy games is Advanced Wars II & I and Chessmaster® 2000.

Simulation genre games mostly deal with aircrafts and air simulations, players get to fly a jet or helicopters and participate in air battles. Simulation games rarely use excessive language and the violence in them is not bloody. Some Examples of them include Secret Weapons over Normandy and SimCity.

Driving genre games are mostly racing games however some of them include driving missions, taxi drivers and crash-missions. Players in driving games usually choose their car and then gather money to buy more expensive cars like For Example; Need for Speed, GTA, Gotham Racing.

Puzzle genre games are normally unpopular games they are normally fit for everyone even adults. They all depend mostly on thinking and logic and some action games sometimes incorporate puzzles inside the game to stimulate the mind of the player. Some examples of puzzle games include Tetris, etc.

Video genre games are currently found in a variety of forms; Arcade games, Mainframe, PC games and even handheld games. The first time video games appeared on the field was in 1940`s Edward U. designed a computer game in which players try to avoid picking up the last match, as the concept was new back then the computer used to win about 90% of the players. The same cathode ray system used in the first game ever was later adapted into other games during the 1950s and 1960s. Games back then were only played on mainframe computers and no other console was invented yet, as developer developed more games, games kept increasing in complexity and players kept increasingly playing them. In 1968, Ralph Baer invented an interactive television game and then the first viable video game ever was invented in 1971 and was called” Computer Space”, it laid the basic foundation of the gaming industry in the late 1970s and helped increase the popularity of the gaming world. 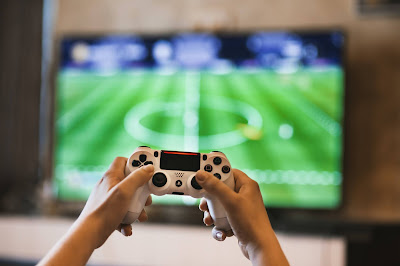