Emily Bronte, the author of "Wuthering Heights" novel, was born in Yorkshire in England. In fact, the story that made her famous was her novel “Wuthering Heights” that was published in 1847. Wuthering Heights is considered one of the most famous gothic stories in which the symbols of reality and gothic get together in order to shape a novel full of love and romance besides social aspects. As we follow the life of Heathcliff, we find that his life is really destroyed as he searches for revenge because he lost his only love, Catherine. Moreover, in the novel we will discover issues like obsession, selfishness, good and evil that appear as "Wuthering Heights" story goes on. Therefore, "Wuthering Heights" novel of Emily Bronte is regarded as a study full of psychological and symbolic subjects about the nature of love.

1- Heathcliff: The whole novel focuses on his life. The first paragraph draws a physical image of him which is full of life because of the success of the author in description. This image starts when Lockwood depicts how his black eyes withdraw under his brows when he gets close to him.
2- Catherine: In fact, the place where Catherine was buried shows the conflict that destroyed her life. She isn’t buried neither between the tombs of the Earnshaws nor in the church with the Lintons. But she is buried in a corner of the kirkyard.

The story begins with Lockwood, who appears as Heathcliff’s tenant and visits his owner’s house. Another visit to the same place which is Wuthering Heights leads to a curious and strange accident besides a supernatural confrontation that increases and arouses the curiosity and interest of Lockwood. Later at Thrushcross Grange, Lockwood is now becoming healthy after his sickness and he asks Nelly Dean who is a servant that was brought up in Wuthering Heights and now starts to care for Thrushcross to tell him about Heathcliff and his life. That’s how "Wuthering Heights" story goes. Nelly starts to tell the basic plot of the novel. In fact, an orphan from Liverpool was brought to Wuthering Heights which is owned by Mr. Earnshaw who is a farmer in Yorkshire.

Summary of Who Is Heathcliff?

Heathcliff was the name of the boy and he starts to grow up with Mr. Earnshaw kids who were called Hindley and Catherine. Moreover, Catherine starts to love Heathcliff unlike Hindley who hates him because Heathcliff takes his place in the love of his father. Later, Hindley does his best to damage and destroy the life of Heathcliff after Mr. Earnshaw died. But Catherine and Heathcliff grow up together while they play on the swamps and don’t care about anything till they meet the Lintons.

The Lintons were composed of Edgar and Isabella Linton who live at Thrushcross Grange. Both of them are totally unlike Heathcliff and Catherine. In fact, they welcome Catherine into their house but they avoid Heathcliff. After this treatment of being an outsider, Heathcliff starts to think how to revenge from them. At the beginning, Catherine divides her time between Edgar and Heathcliff, but later she leaves Heathcliff and starts to spend most of her time with Edgar which aroused the jealousy in Heathcliff. So, he leaves Wuthering Heights after he hears that Catherine told Nelly that Heathcliff will never be her husband.

The Disappearance of Heathcliff Summary:

Heathcliff disappears for 3 years. While he was disappeared, Catherine continues to flirt with Edgar and at the end she marries him. At the beginning of their marriage, they were very happy but later conflicts between them start to appear due to the differences between them as both of them were from different social classes. These conflicts increase after the return of Heathcliff. Another complicated relationship is between Heathcliff and Hindley, his enemy as they live together with Hindley’s son “Hareton”.

The Marriage of Heathcliff to Isabella Summary:

Later, Heathcliff marries Edgar’s sister “Isabella” and Catherine is pregnant. So, she gives birth to a daughter named Cathy and then dies. From this moment, Heathcliff promises to take revenge from everyone who destroyed him and doesn’t care about the people around him when he executes his promise. So, he wishes to be the owner of Wuthering Heights and Thrushcross Grange and to damage everything. But to be able to execute his revenge, he has to wait seventeen years.

At the end of "Wuthering Heights" story, Heathcliff obliges Cathy to marry his son, Linton and after the death of Edgar, he becomes the owner of the Grange after he has already control of the Heights. During all what he faces, the ghost of Catherine haunts and follows him and all what he desires is to be back together with his love. Finally, he manages to be together with her after his death and Hareton and Cathy are together by getting married.

Actually I disagree with lot of persons who read the novel and see that it is considered as one of the greatest love stories like Romeo and Juliet. But in my point of view, I think they are mistaken. "Wuthering Heights" story talks about revenge that follows a young and mysterious person who is called Heathcliff from his childhood till his death. As a matter of fact, Heathcliff is brought up by a family who adopts him but then his status in the family is decreased to a servant.
Later, he escapes when he finds out that the woman he loves is going to marry another man. So, at the end of "Wuthering Heights" story he goes back but this time as a rich and educated man and starts to think about how he will revenge from the two families that according to his point of view, they ruined and destroyed his life. So, I think "Wuthering Heights" story is full of revenge but it is a very good story as it is full of mystery, selfishness and conflict between good and evil. Therefore, I would recommend it to my classmates because I like it so much. 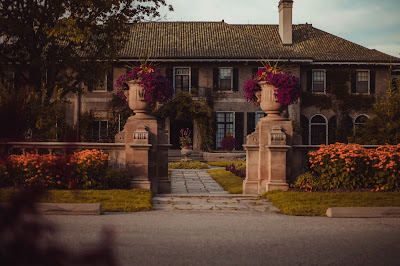